There seems to be good numbers of Great black-backed Gulls along our coastline.
I counted 72 between Lurga point/ Seafield and the end of Quilty beach.
Ive noticed many around the Liscannor area also...maybe ill try a count on them sometime this week. 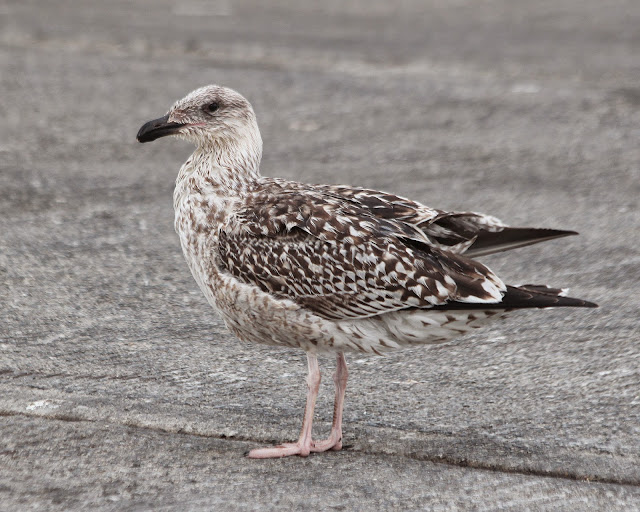 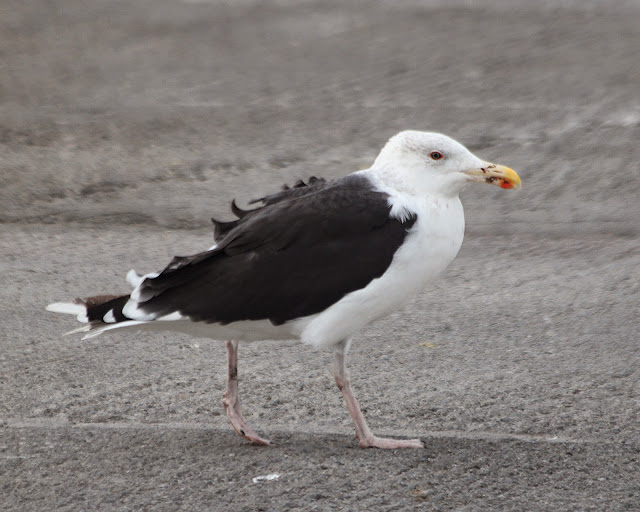 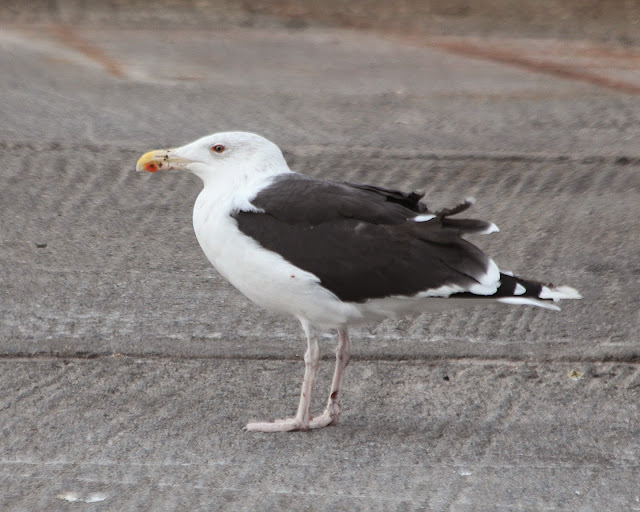 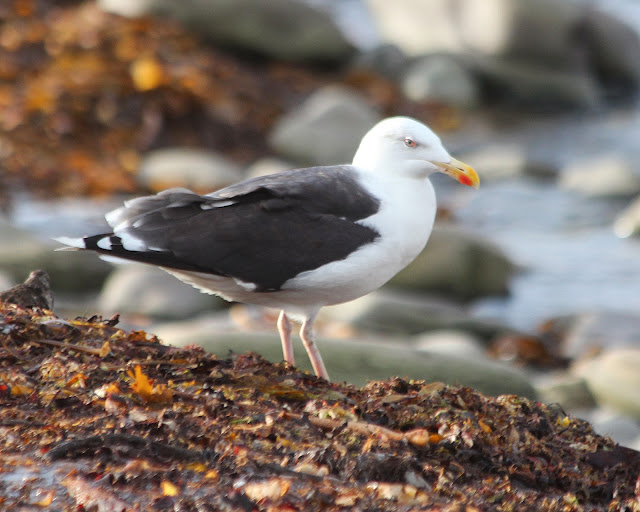 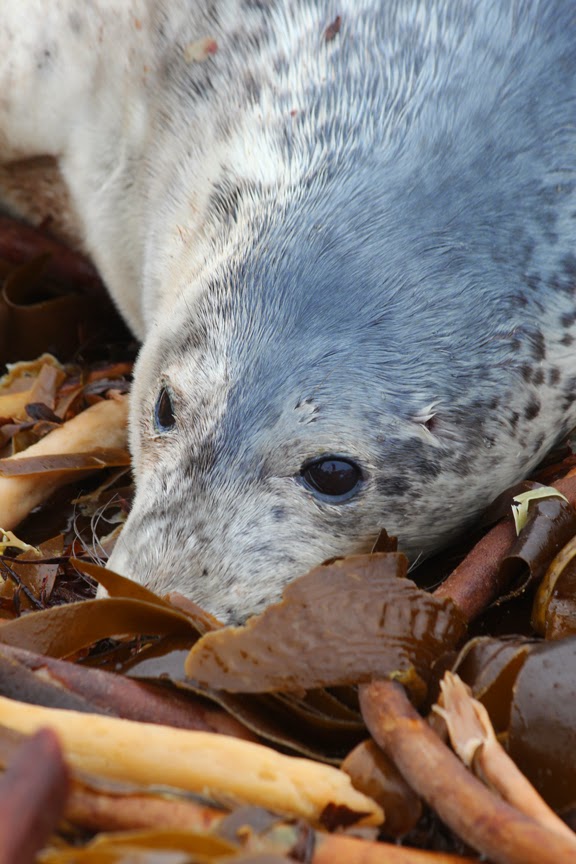 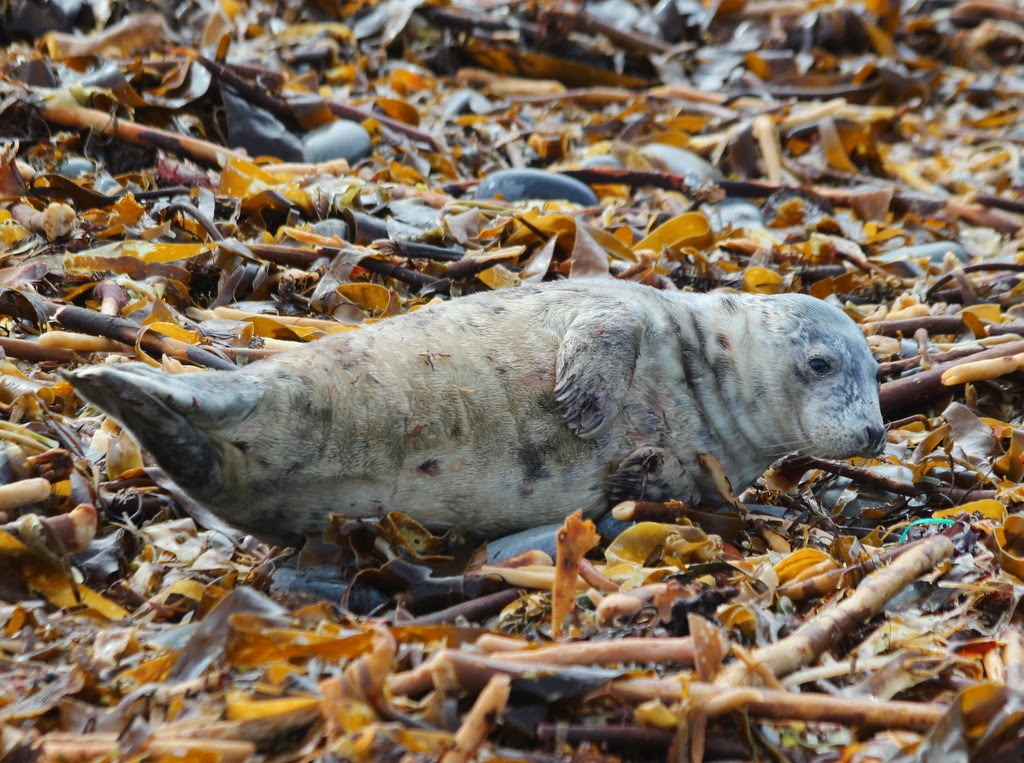 A took a quick visit to Loop Head again this morning.
The weather wasnt the best, with strong East winds and rain.
I was lucky just to get these distance shots of a Merlin in the bad light.
I always enjoy seeing Merlins they`re magic. 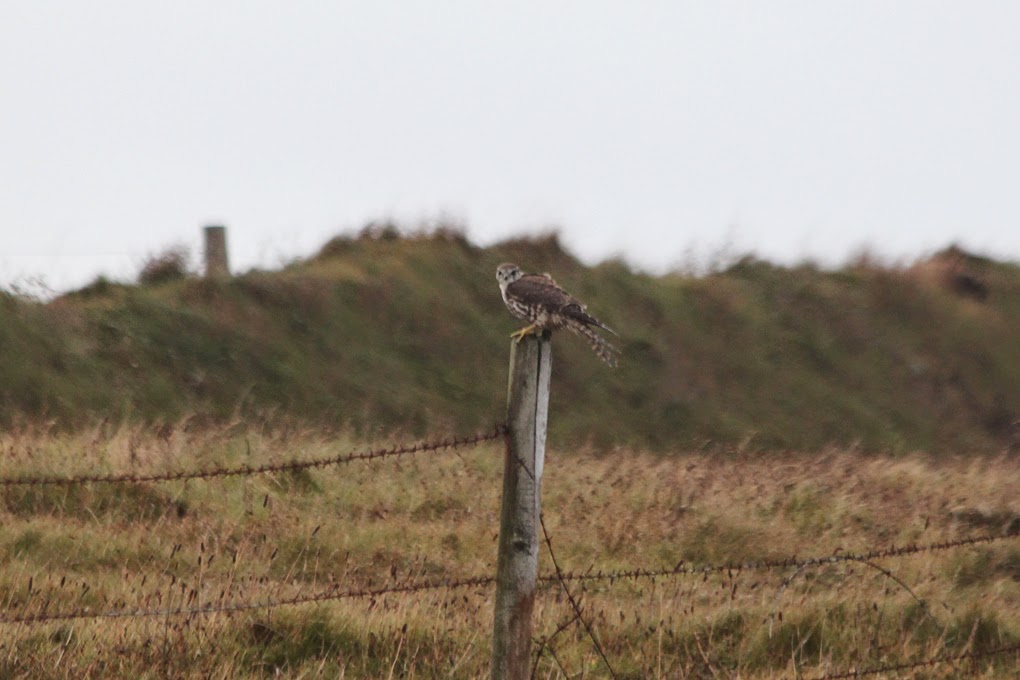 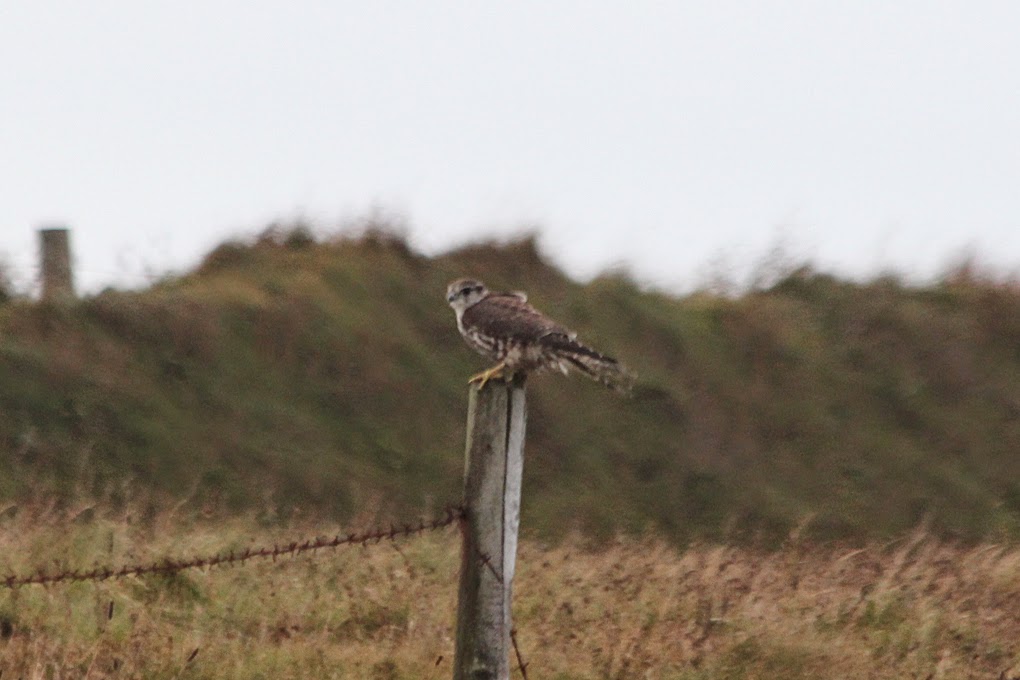 
Posted by JLCopner No comments:

Back at the Loop

On arrival in Kilbaha village a bunch of Chiffchaffs and a Willow warbler were feeding and singing in the gardens.
I made my way to the headland where  6 Barnacle Geese past over, and a Brambling has seen  and chased off by the Pipits
The usual gathering of Robins and Pipits scattered the headland , There were plenty of Choughs about and the Raven as usual harassed the peregrine.
Back down to the harbour a Brambling was with Chaffinchs in the trees above The Pandas Cottage


Posted by JLCopner No comments: 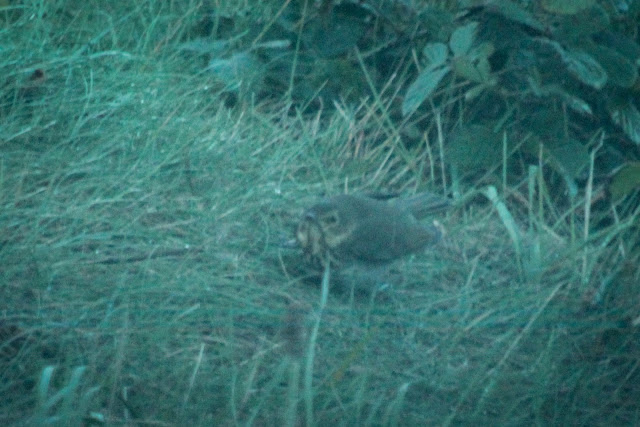 
I had arrived at Loop Head at 16:30 pm in hope of seeing the Dotterel that had been found earlier in the day.I met up with Dave Mcnamara who had seen the bird earlier with Golden Plover
The weather was warm and dry ,the wind was approx 10- 15 mph out of the west with clouds building.
We searched the heather hill with no luck, we decide to walk the north side of the headland to the pond below the fodry , there were not many birds to be seen ,One Peregrine ,Two Raven ,five Teal ,Two Wheatear a few Chough and Pipits.We moved to search a few fields on the south side but still no sign of The Dotterel or the Golden Plovers..
At 18:15 we parted and I returned back to the lighthouse carpark.
A Raven had landed on the heather hill and I could hear the calls Of The Golden Plover. I knew I did not have much time before I would run out of daylight and a clouded sky full of colour filled the air.  I walked over to the hill to the sounds of the Plovers ,18:40 I set my scope and found the Dotterel with them . It began to rain heavy and  the wind increased. I packed up and headed for the car.
The rain past as I left the car park , I drove slowly down the road in hope of seeing a late Merlin or something.
19:00. A small bird came off the sea and out of the clouds ,It passed across the front of my view and hit the bank on my right ,it fluttered around and then flew low and direct for 30 metres down the road before landing on the low bank to my left. I rolled the car forward.
The bird was  facing me.
I scrambled for the binoculars not knowing what I was looking at. I knew I needed an ID shot. I grabbed the camera, set the ISO to 3200 because of the lack of light and took a photograph through the car  windscreen. It was the only photograph I got as the bird flew into a nearby thicket just off the road.
I got out of the car and searched around but it was just to dark.

That evening it was confirmed as a Swainsons Thrush.
A North American species, a 5th Irish record and a 1st for the county.

In the words of Eminem
Look if you had one shot ,one opportunity
To seize everything you ever in one wantdone moment
Would you capture it or let it slip?
You only get one shot, do not miss your chance to blow
Opportunity comes once in a lifetime.