The swells of January continue with a solid swell on the increase after low tide.
The cold month keeps the crowds down as the hardy locals take the the cherry from the pie.
Its our time .
A lahinch local wouldn`t want to be anywhere else in winter. 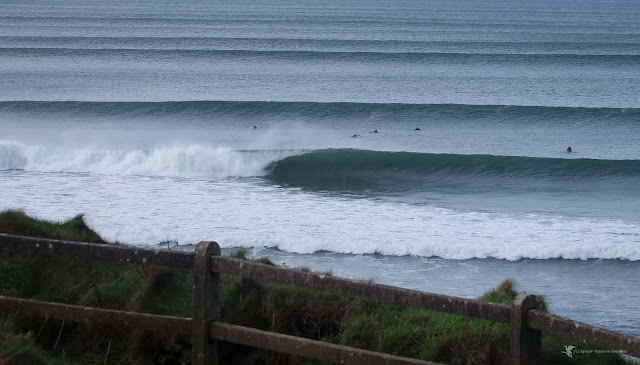 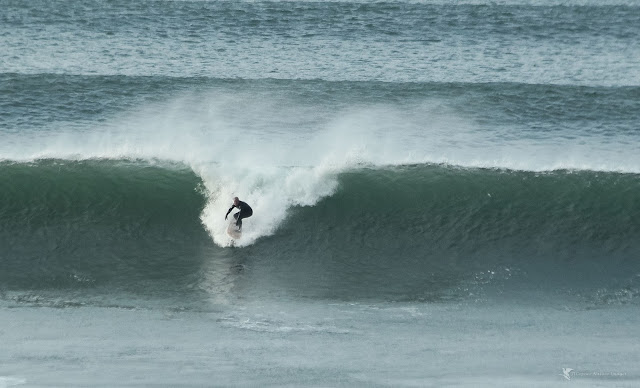 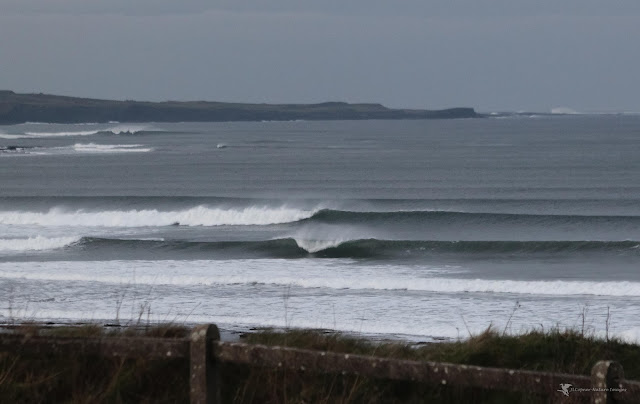 The waves break all though the first few weeks of January.
Some days the sun would break to heavy rain clouds producing rainbows.
Some days the wind would batter.
The rivers filled.
Life goes on along the coast, 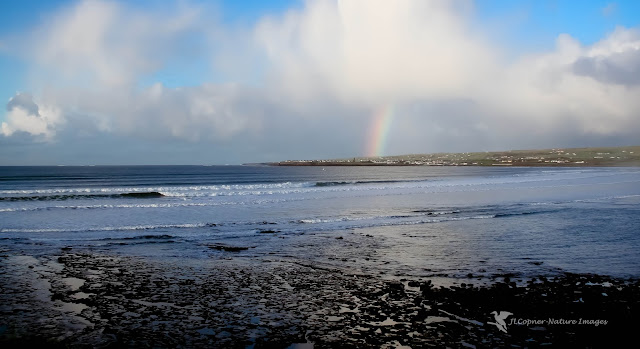 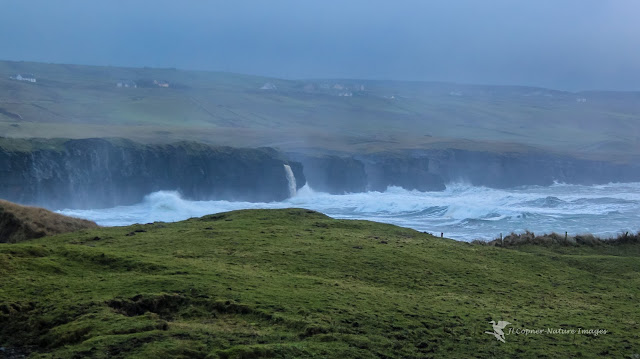 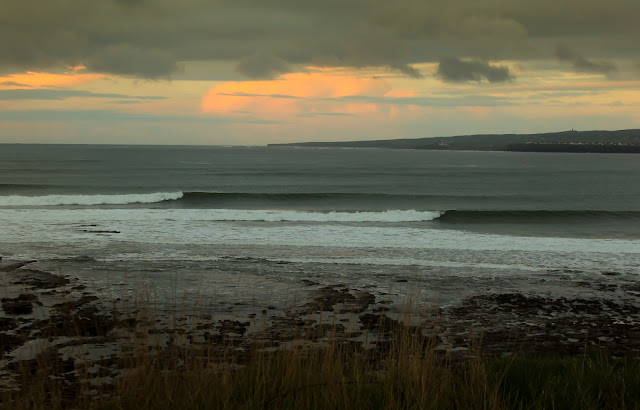 This morning I really wanted to catch up with the 2 Glossy Ibis that had been seen at Lahinch marsh over the last few days.
I scoped the 2 birds in a flooded field across the other side of the marsh below the cattle sheds, so I drove around hoping to get some closer views 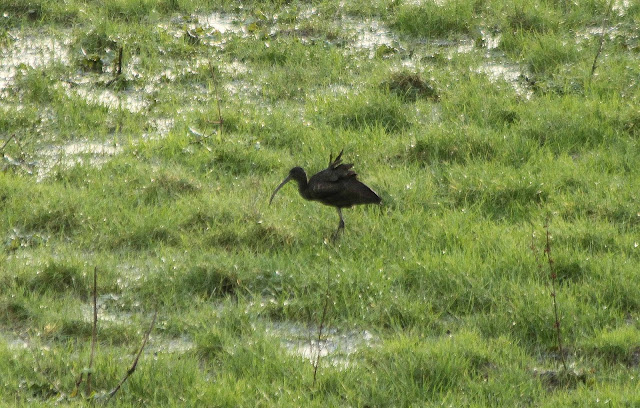 Later on in the day I was up along the north coast of Clare , As I approached the Flaggy shore a wader caught my eye in a floded field , I took a quick photo and it was gone.
Later on when checking the photo a Glossy Ibis was in the field next to it...
How did I miss that one?

Lahinch kicked off the New year with a 4m swell out of the west,with stiff SE winds
The local crew were on it.
Happy New Year 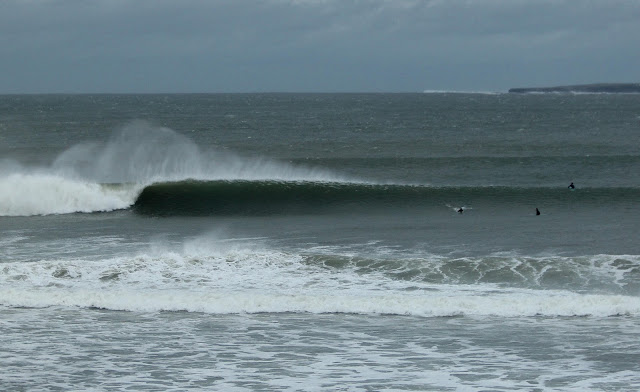