Yesterday afternoon/evening a American Herring Gull had been seen at Kilkee beach. 2nd County record.
Early in morning I was in Kilkee, a few Gulls were about, mainly at both ends of the beach at high tide but with a beautiful morning the beach was busy with dogs and Gulls were not settled. I did some birdwatching for an hour in the bay then drove along the cliffs, came back and waited..
As the tide dropped back and got quieter Gulls were slowly coming to the beach , out of town and fields.
I was at the east end when I spotted a Darker Gull plunge diving in the shallows across the bay, grab scope ..American Herring Gull has arrived - 11am 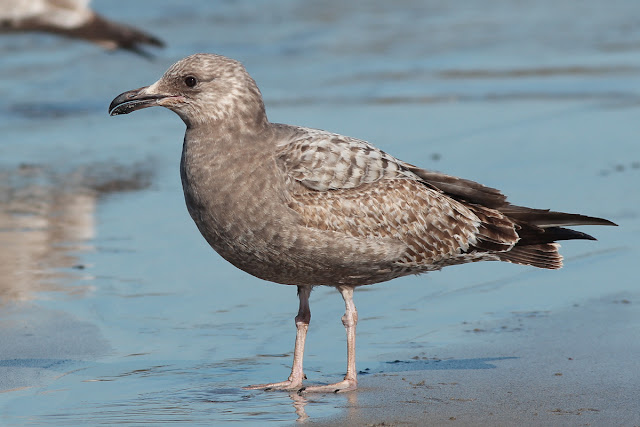 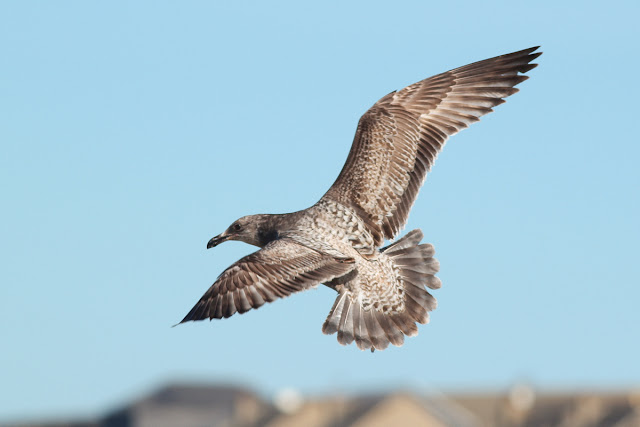 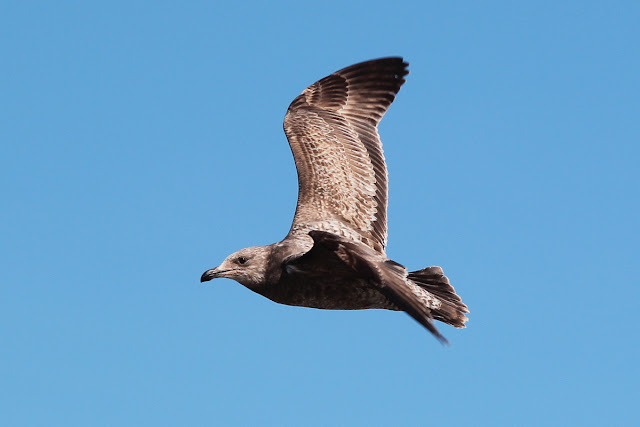 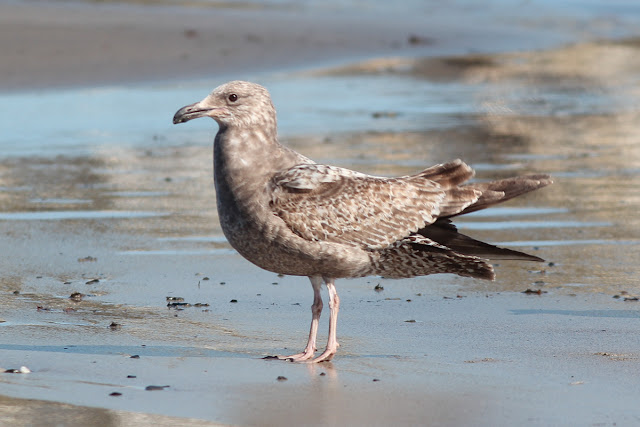 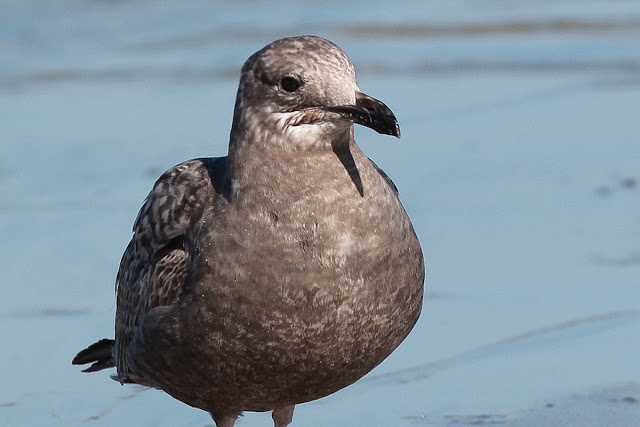 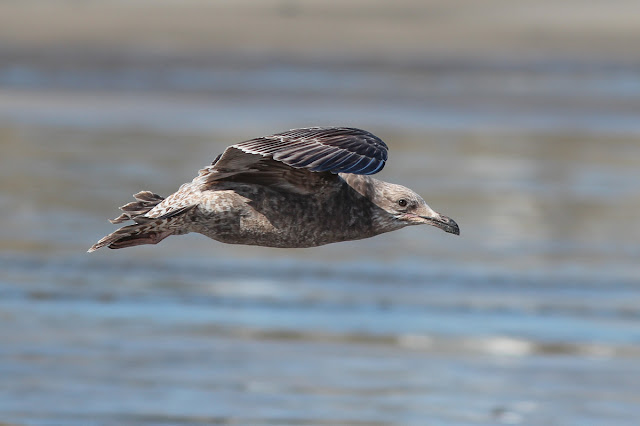 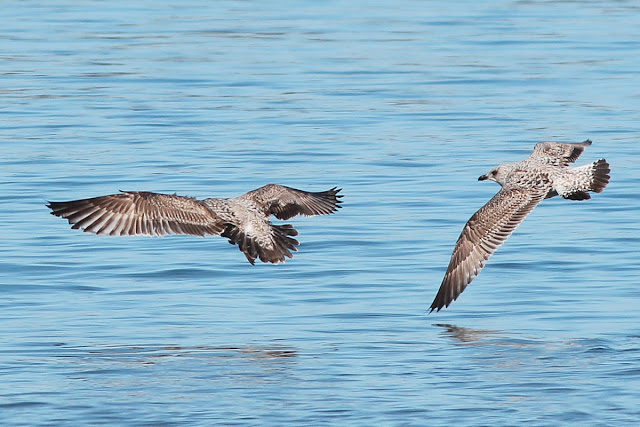 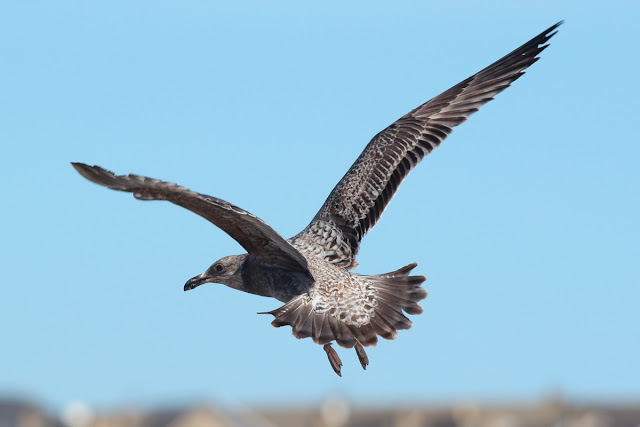