When I arrived at the high car park I had a scope about , Tacumshin Lake seemed quiet for birds.
I walked to the sluice and back , a few small flocks of Dunlin, a couple of Little Tern, a a few calling Lapwing were the best of it.
I watched a Bearded Reedling flying over the swamp toward the reeds at the east end pond, so I decided to walk the track that goes between the reedbeds.
A Garganey came up of the lake with 3 Mallard, Reed Buntings and a Reed Warbler were calling.
A few of those chimey calls were coming from the reeds as a family of Bearded Reedlings approached and crossed the path I was on. 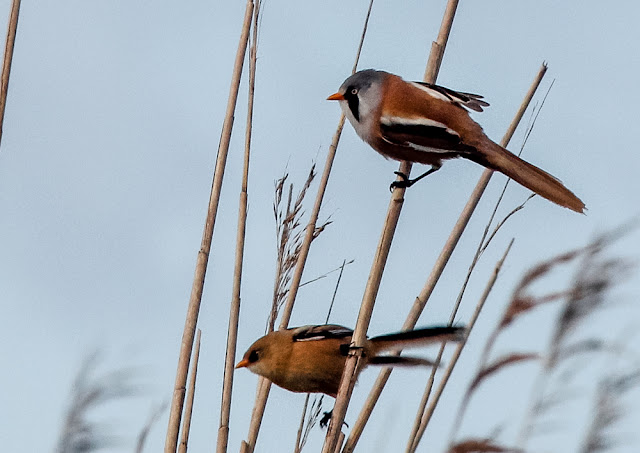 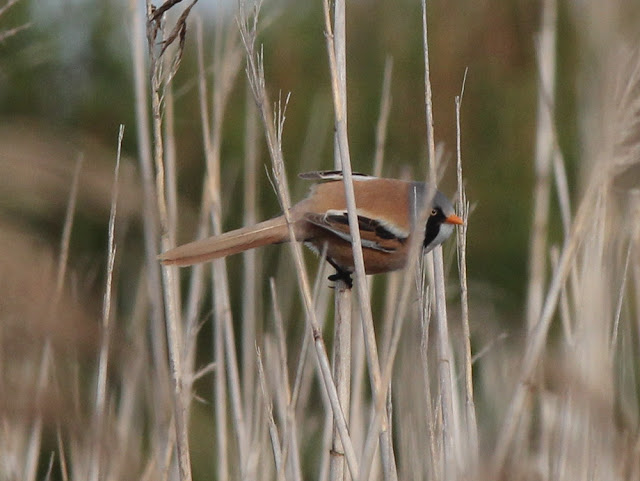 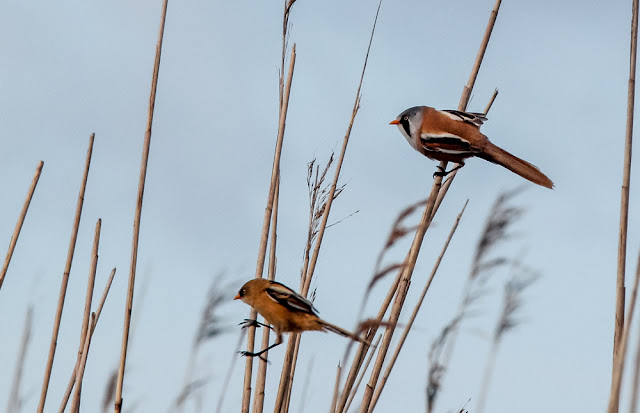 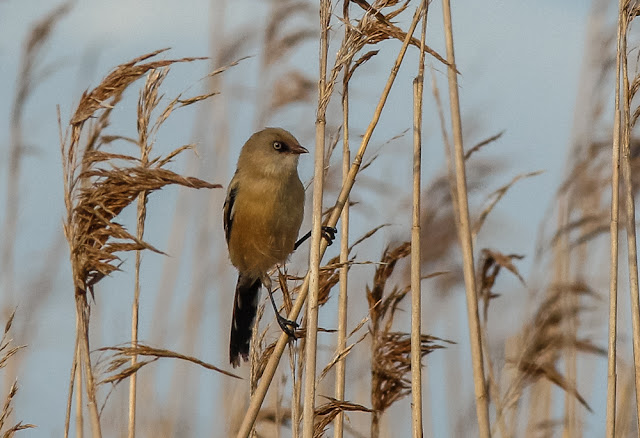