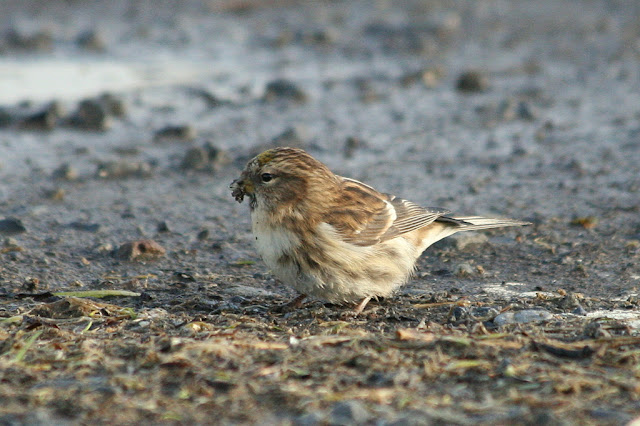 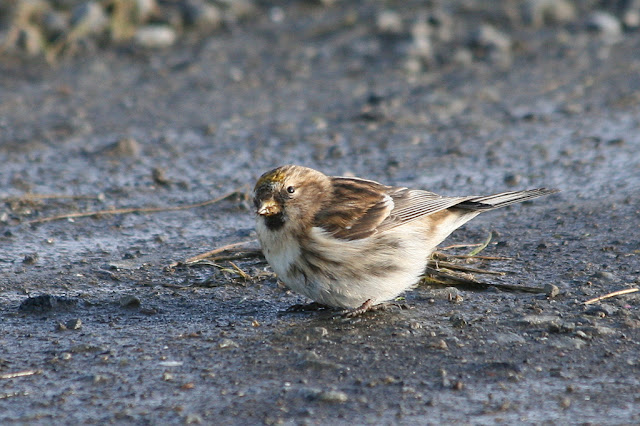 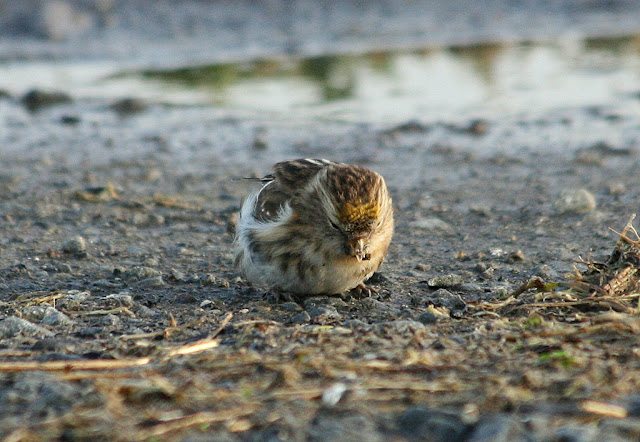 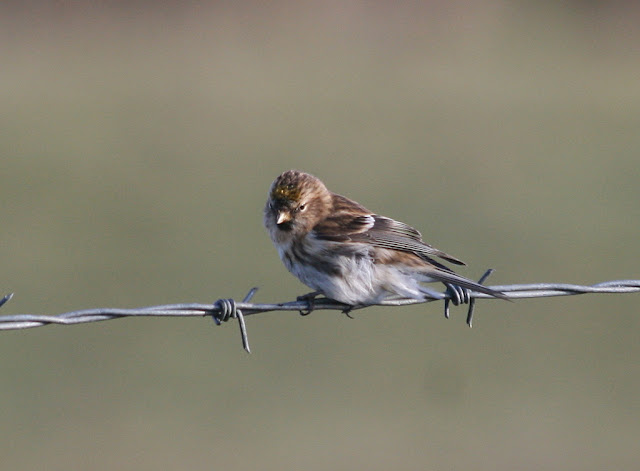 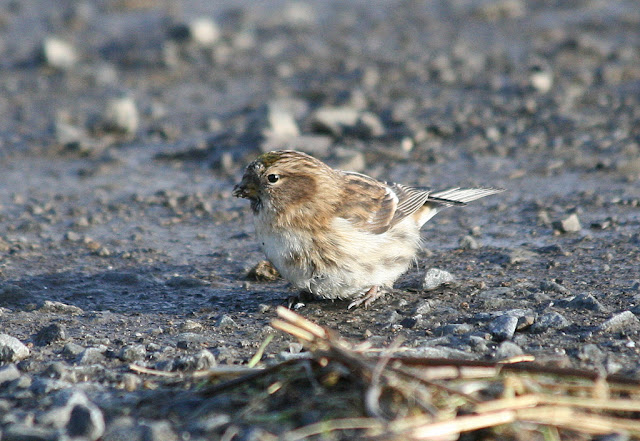 While at Clahane I noticed this Redpoll that had a Gold crown, Ive never seen this in Redpolls before.
After a bit of reasearch on the net , i found an arcticle.


Variations in the cap colour
First-winters and female Lesser, Mealy and Arctic Redpolls generally show a crimson cap, with varying degrees of brightness, though it is not uncommon for some to show orange, copper, yellow, even brownish caps, or any combination of the aforementioned. These colour variations are exceptionally present on adult male Lesser and Mealy, though is reported as common in captive bred birds.