Ive spent a few evenings listening to the Cuckoos with my 2 year old boy...The Cuckoo called on Tv while watching Springwatch and my boy responded " Daddy Cuckoo"..A day later " Daddy Cuckoo..Cuckoo".. and there was this Cuckoo on the post outside the kitchen.
Im still yet to get a clear good photo of a Cuckoo, and in a week they will be gone. 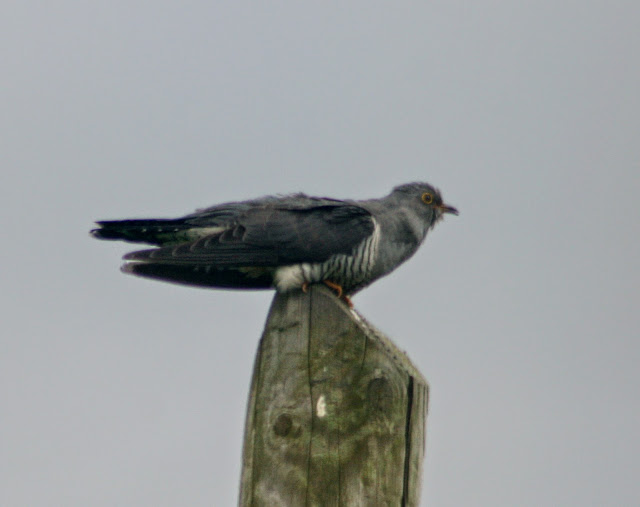