Late evening bird news said that the Royal Tern (2nd Irish record, 1st for Clare) that is frequenting Beale Strand in Kerry had left the roost and headed across the Shannon to Clare.
I had a hunch that the bird would turn up at Rinevella bay on the reef that Sandwich, Arctic and Common Terns use to roost.
I was walking the shoreline of the bay toward the reefs with my daughter Grace when sure enough at 9:15 this monster of a Royal Tern showed up.
` Got ya`
The Tern did the rounds in and out of the bay not settling on the reef for long (maybe due to a knackered right leg)  until 10:50 it moved on
I relocated the bird feeding offshore just around the coast at Carrigaholt bay around 3pm
To get home and find that my Image Stabilizer was off  and with Shaky exited hands and my photos  were not the best ,,,,,,
Never Mind aye! 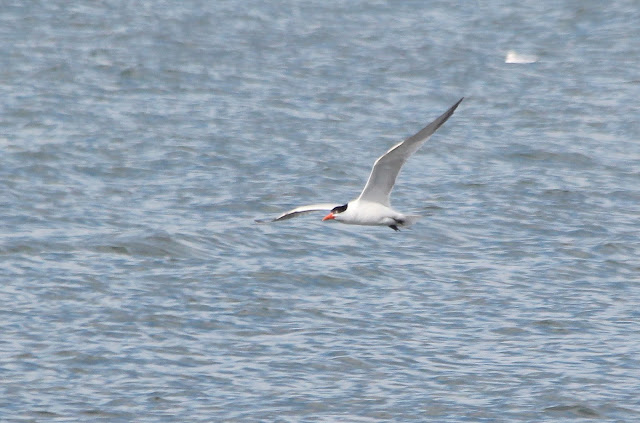 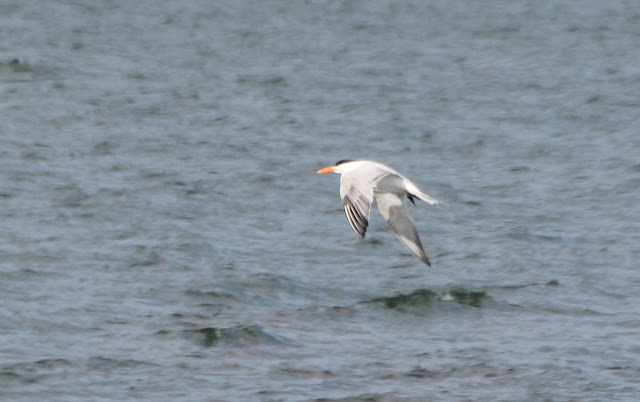 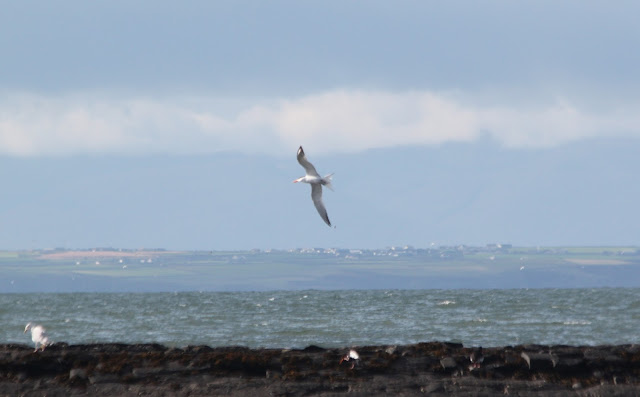 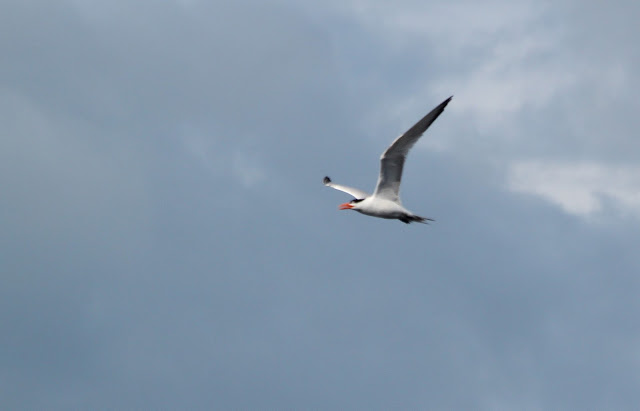 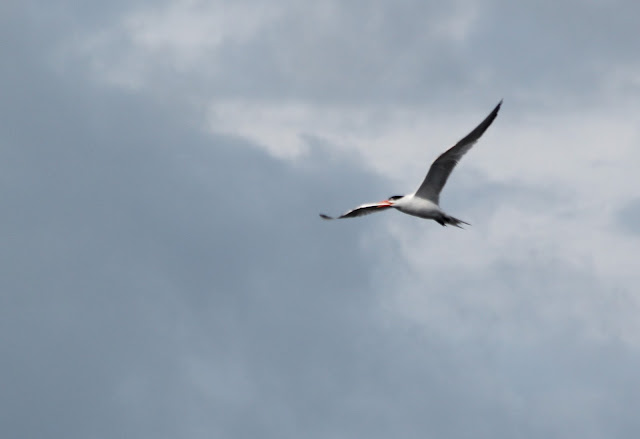 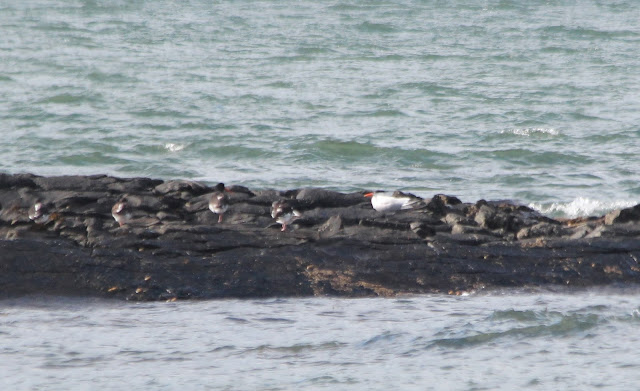 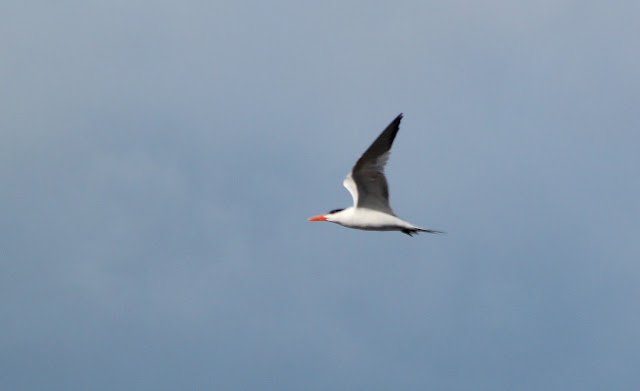