The morning was still as I headed out early in search of a surf , but it wasnt very good, so I went over to my local birdwatching patch at Liscannor harbour to see if the Gulls were still around due to the pilot whale carcass further along the shore. They were , and showing very well I must say.
5 Glaucous Gulls were in the area along with a stunning adult Iceland Gull Chilling on the harbour wall with many Great black backed and Herring Gulls. 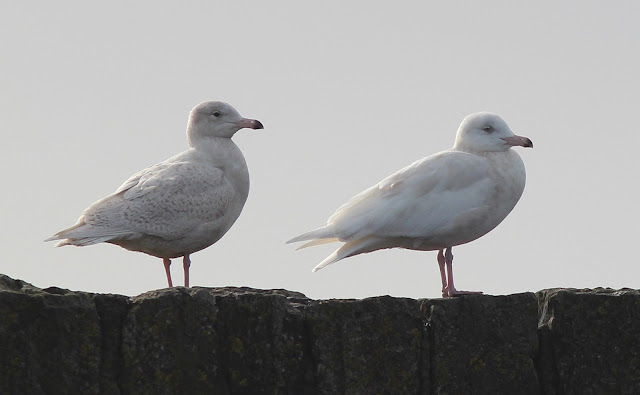