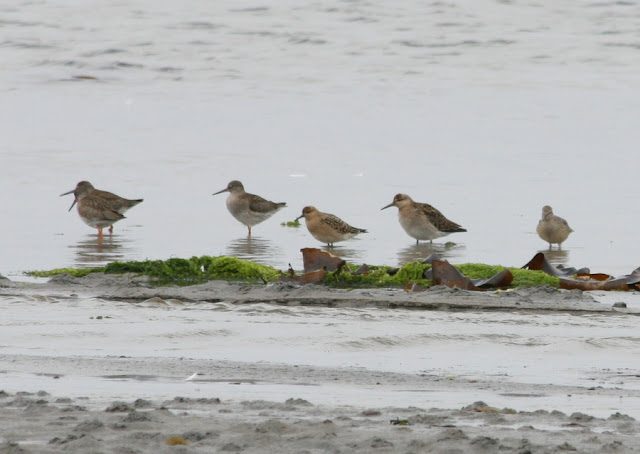 The Bird in the middle..........
While back at Quilty beach again , birds were continuing to stop off and pass through.
Some Redshanks and Knot were feeding at lowtide that i noticed were joined by a Ruff, but what was the small pink bird ?
At distance I thought the bird was a Buff breasted sandpiper , with its colour and smaller size ,especially while standing next to the Ruff..I was convinced."Tell the world".
Later on ..while checking the photos..i now believe this maybe a juvenile Ruff ..
Posted by JLCopner