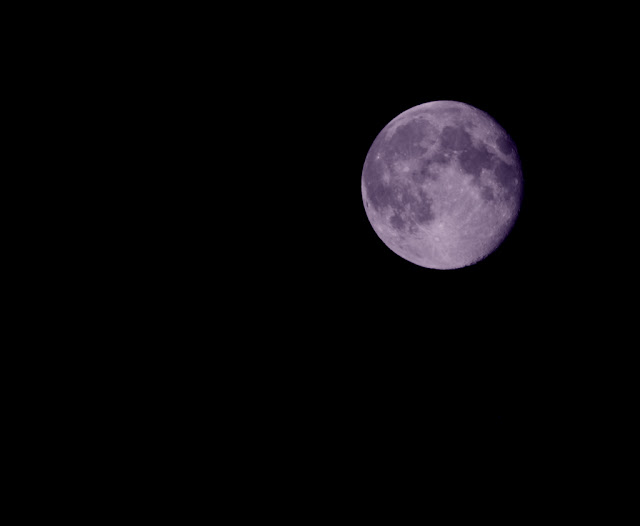 The Moon was full last night..at the end of the month there will be a Blue moon, not named because of its colour but due to being 2 full moons in a month.
The most literal meaning of blue moon is when the moon (not necessarily a full moon) appears to a casual observer to be unusually bluish, which is a rare event. The effect can be caused by smoke or dust particles in the atmosphere, as has happened after forest fires in Sweden and Canada in 1950 and 1951 and after the eruption of Krakatoa in 1883, which caused the moon to appear blue for nearly two years. Other less potent volcanos have also turned the moon blue.
Posted by JLCopner