Got a call yesterday afternoon from my old mate Geoff Pearson saying he had a Golden Plover type bird at Doonbeg that looks good for a rare and was I about, Nope... I was plumbing a bathroom.
I was out early and headed down the coast, I came to Doonbeg, Murf was on the corner and had the bird across the small mudflat at distance and drizzly poor light, after a small while the bird made its way a bit closer toward the inlet but not for long as it was shy of the Hooded Crows.
Wow a Pacific Golden Plover and a 1st county record, so well done Geoff.
A very rare bird and vagrant that would normally be found breeding at this time around Alaska to Siberia.. 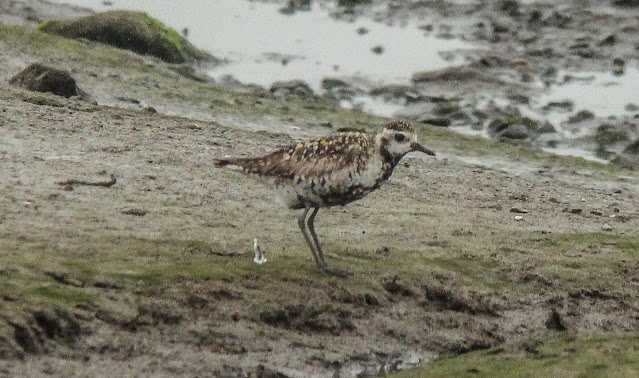 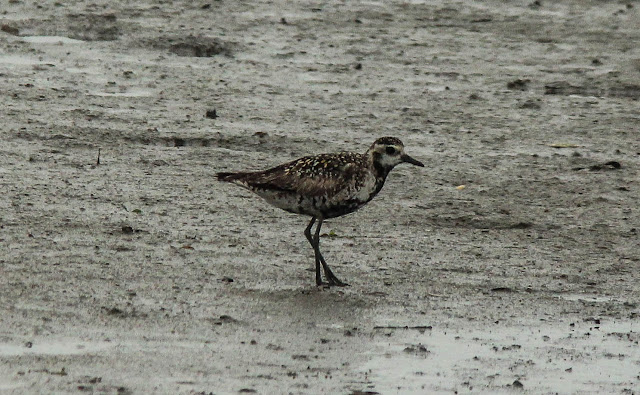 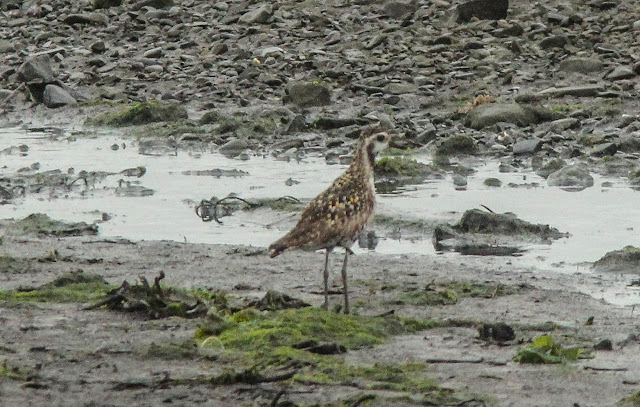 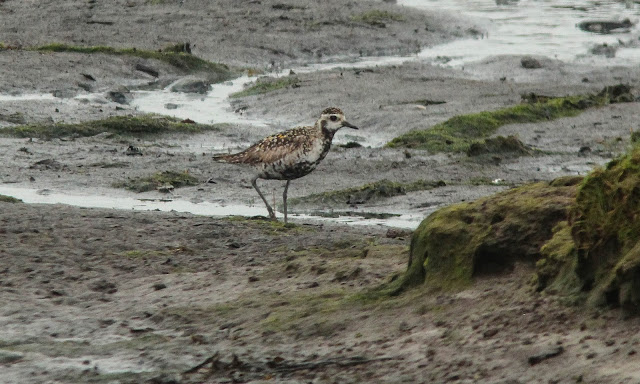