I went down to Poulnasherry bay to try and catch up with a few birds that had been seen during the week. I was at the east side of the mouth of the bay at low tide, I was searching the edges of the shores in my scope where an Otter was running along a mudbank, Wigeon, Brent Geese, Great crested Grebe and a few Great northern  Divers were into the bay, a search out on the water outside the mouth produced the Slavonian Grebe but it was far out past the depth Bouys.....I waited , but the Grebe remained deep.

I left to go round to the west side of the mouth of Poulnasherry bay at Moughna where the light was better.... again I waited...and a pushing tide brought the Slavonian Grebe in toward the mouth of the bay where it and I spent the afternoon in the sun, Offshore in calm conditions the male Velvet Scoter made an appearance, an impressive duck that. 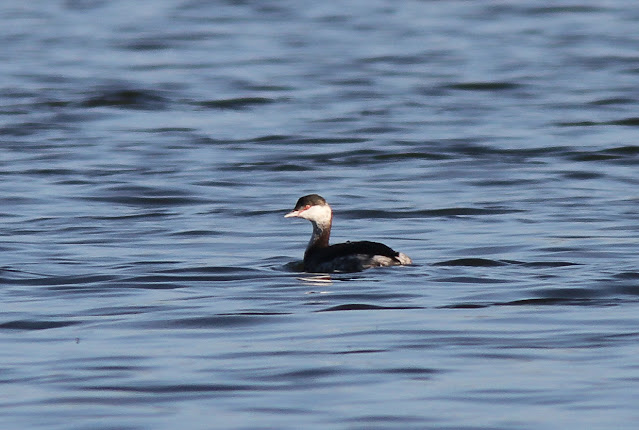 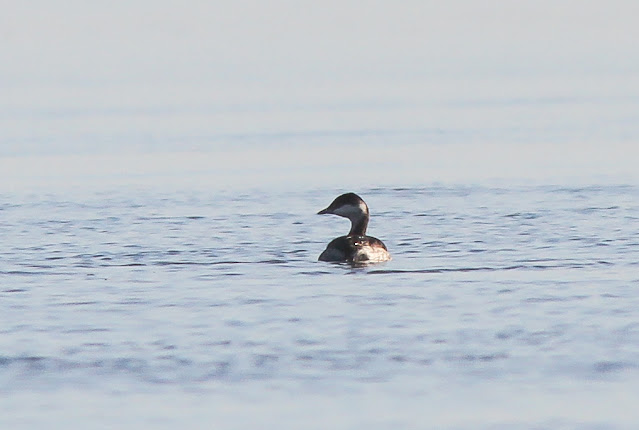 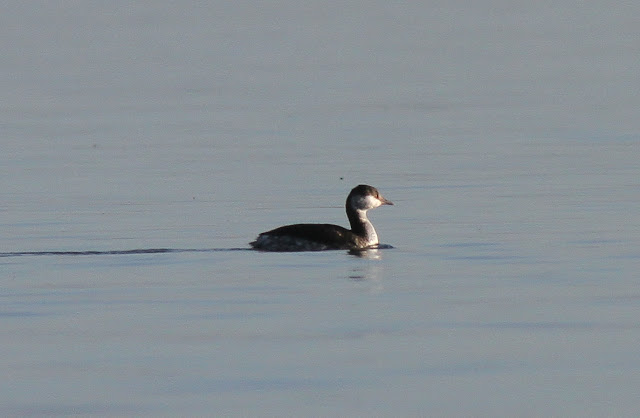 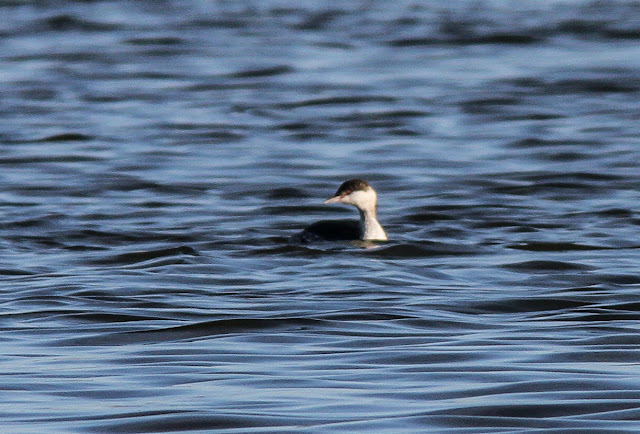 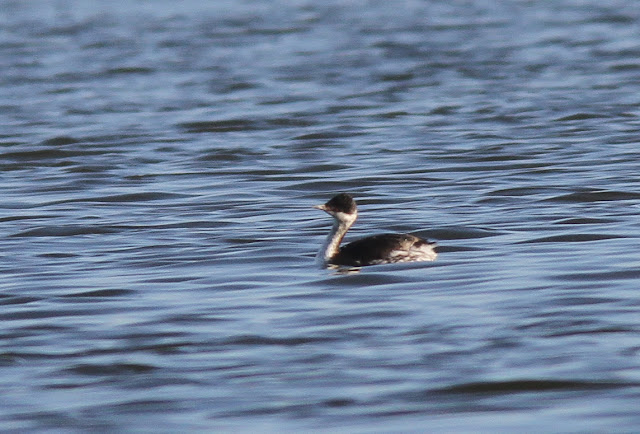 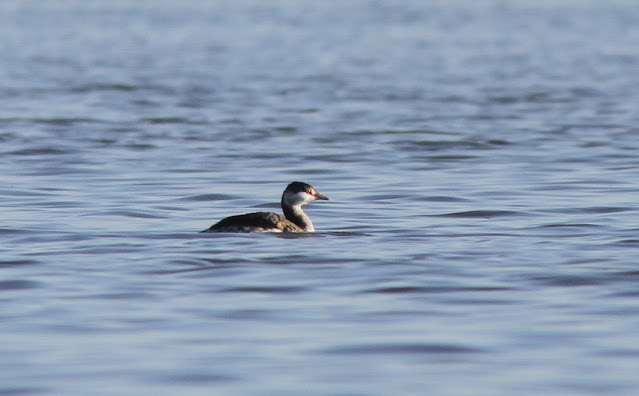